In the nucleus of every cell there are a number of long threads called chromosomes.

Most of the time, the chromosomes are too thin to be seen except with an electron microscope. But when a cell is dividing, they get shorter and fatter so they can be seen with a light microscope. 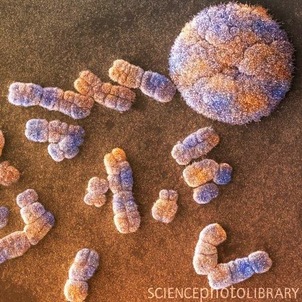 Human chromosomes and nucleus. Chromosomes are a packaged form of DNA. The DNA normally exists in a non-condensed form in the cell nucleus (upper right). It condenses into chromosomes (centre and lower left) during cell replication.
Human cells contain 46 chromosomes, which are in pairs. Sex cells (sperm and ova) contain only 23 chromosomes. The 23 chromosomes comprise one from each pair. 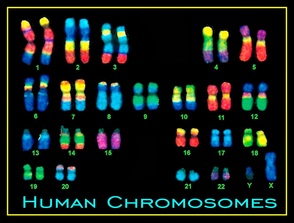 Inheritance of sex in humans

Of the 23 pairs of chromosomes present is each human cell, one pair is the sex chromosomes. These determine the sex of the individual. Male have XY, female have XX. So the presence of a Y chromosome results in male features developing.

Each chromosome contains one very long molecule of DNA. The DNA molecule carries a code that instructs the cell about which kind of proteins it should make. Each chromosome carries instructions for making many different proteins. 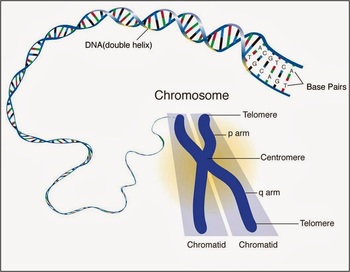 Each chromosome is made up of a large number of genes coding for the formation of different proteins which give us our characteristics. The gene responsible for a particular characteristic is always on the same relative position on the chromosome. 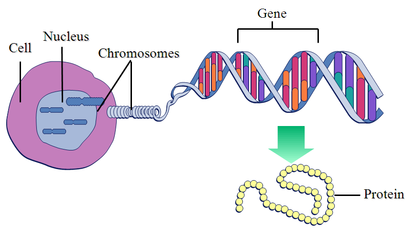 A part of a DNA molecule coding for one protein is called a gene.
Alleles

When the chromosomes are in pairs, there may be a different form (allele) of the gene on each chromosome. 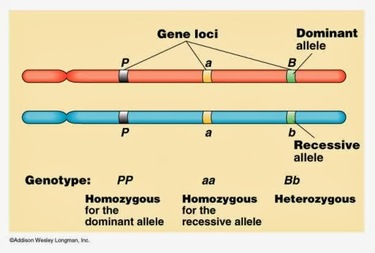