Genetic engineering is a process of taking a gene from one species and putting it into another species. 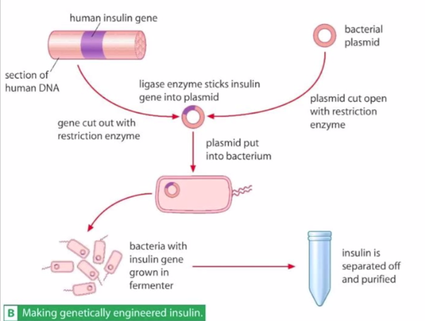 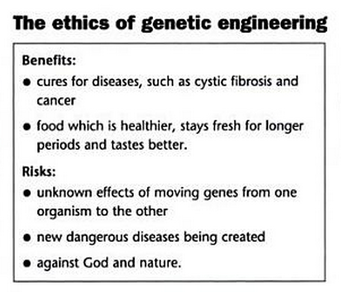 The control of all the normal activities of a bacterium depends upon its single chromosome and small rings of genes called plasmids. In genetic engineering pieces of chromosome from a different organism can be inserted into a plasmid. This allows the bacteria to make a new substance. 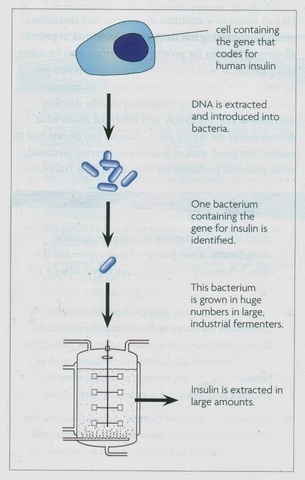 Using genetic engineering to produce bacteria that make human insulin.
The importance of this process