In the production of yoghurt, we use microorganisms to change one substance into another, which we use as food. But we can also use the microorganisms themselves, e.g. mycoprotein as food.
1. Yoghurt making 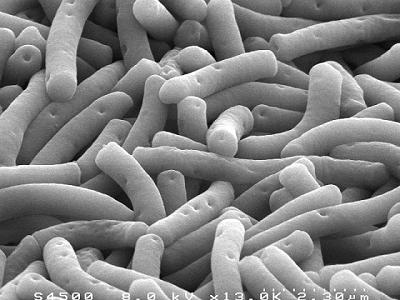 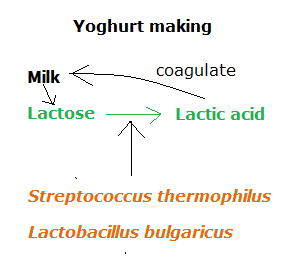 This is protein produced by microorganisms such as bacteria, fungi (e.g. yeast) or unicellular algae in a fermentation vessel.

The first attempts to make microorganisms into food used yeast. In Germany during World War I, yeast was cultured in large vats, using molasses (thick syrup produced during the refining of sugar) as food source for the yeast, to produce a protein supplement for people.

More recently, different kinds of protoctists and bacteria have been grown for food production. The food made from all of these microorganisms is called single cell protein or SCP.

The first SCP does not taste very nice, partly because they contained a lot of DNA and RNA, which taste bitter. Most SCPs are now marketed as animal feed.

The only SCP which has found a market as human food is mycoprotein.

This is made from filamentous (thread-like) fungus (so, strictly, not single-cell protein). In Britain, the fungus Fusarium is used for this purpose. It is made of hyphae rather than singles cells. But mycoprotein is still called SCP. 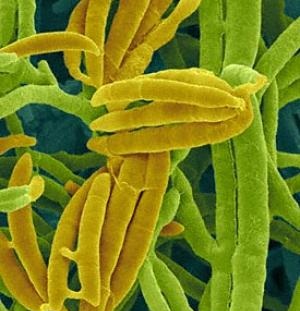 Fungus Fusarium. Photo courtesy: Dennis Kunkel Microscopy Inc.
The Fusarium is grown in large vats, using carbohydrates (e.g. waste from making flour) as a food source. The fungus reproduces quickly and makes a mass of mycelium, which is harvested and treated to remove a lot of the RNS it contains. Then it is dried, and shaped into chunks or cakes, ready for eating as it is, or for making into pies or other foods.

Mycoprotein is a healthy alternative to meat because it has a high protein content (12%), very little fat, no cholesterol, and a lot of fiber (6%).

Some people think that mycoprotein looks and tastes a bit like chicken. 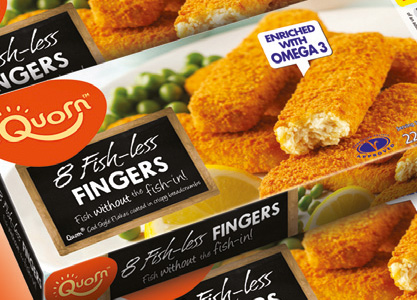 In Britain, it is sold as “Quorn”.