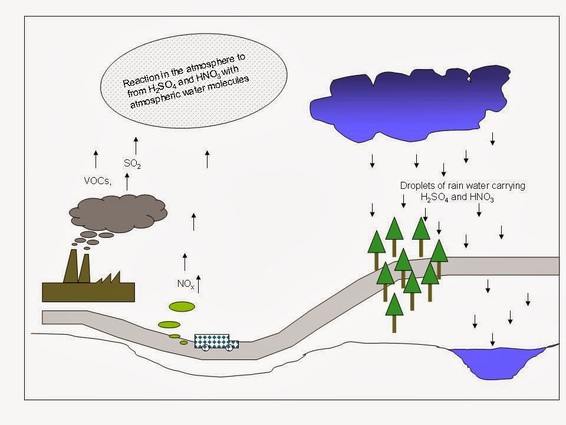 SO2 released into the air when coal and oil are burned. Power stations burn large amounts of these fossil fuels. SO2 dissolves in the water vapour in clouds, forming sulphuric acid (H2SO4). When it rains, the rain is acidic.
The combustion of petrol in car engines also contributes to acid rain, but this is mainly due to the production of oxides of nitrogen in the exhaust fumes, rather than SO2. 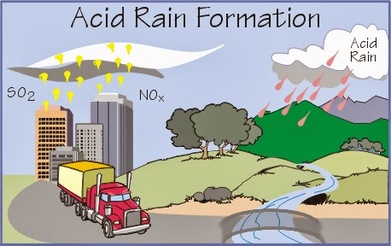 The main causes of acid rain are process that release SO2 and oxides of nitrogen into the atmosphere. These include:
Problems caused by acid rain include: 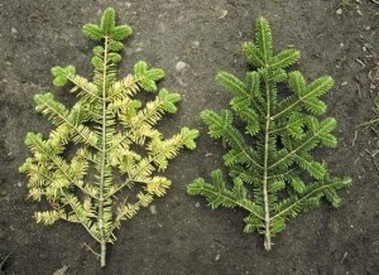 When describing the effects of car exhaust fumes on the environment, don’t make a list of the chemicals and then link them all to acid rain or global warming. Be specific:

2. SO2 is one of the gases which contributes to acid rain. Acid rain can affect trees and their surrounding soil in a variety of ways. Figure below shows where these effects can occur. 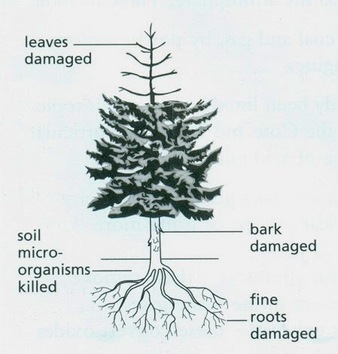 Suggest how each of the following affects the tree and explain how it can lead to its death.

2. i) The leaves are unable to photosynthesise, so it cannot make food.

ii) One suggestion and explanation from: