#103 Variation and antibiotic-resistance strains of bacteria

Variation is the slight individual differences within populations. All living things change and evolve from one generation to the next. As they do so, more variation is produced. 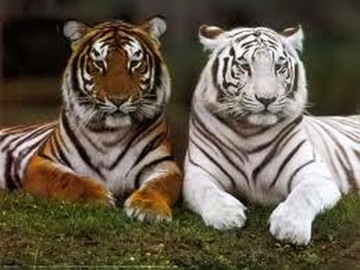 Some variations is inherited (passed on from parents) and some is acquired (developed during life).

Animals and plants produced by sexual reproduction will show variation from their parents, for example in the size of the muscles in the legs of lions.

The individuals with the most favourable characteristics are most likely to survive. 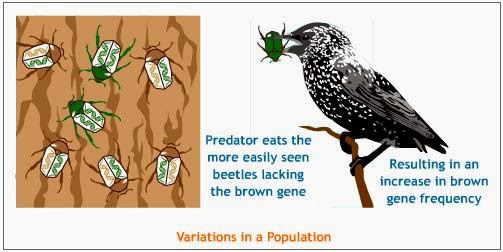 The process of natural selection follows a sequence, as listed below.

Bacteria reproduced rapidly - a new generation can be produced every 20 minutes by binary fission. Antibiotics are used to treat bacterial infections: an antibiotic is a chemical that kills bacteria by preventing bacterial cell wall formation.

Mutations occur during reproduction, which produce some variation in the population of bacteria.
Individual bacteria with the most favourable features are most likely to survive and reproduce.
A mutation may occur that enables a bacterium to resist being killed by antibiotic treatment, while the rest of the populating is killed when treated. This bacterium would survive the treatment and breed, passing on the antibiotic - resistant gene to its offspring. Future treatment of this population of bacteria using the antibiotic would be ineffective.