#146 Artificial insemination, use of hormones in fertility drugs

An artificial insemination procedure uses a thin, flexible tube (catheter) to put sperm into the woman's reproductive tract (vagina, cervix, uterus) around the time of ovulation. For some couples with infertility problems, insemination can improve the chances of pregnancy. 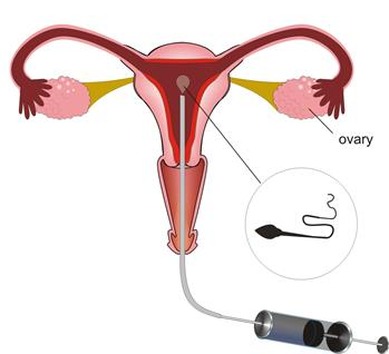 If the problem causing the couple's infertility is in the man (he may not be producing healthy sperms), then sperms from a donor is collected in a clinic, and can be stored at a low temperature for many months or even years. The woman can then attend the clinic, and some of the sperms can be placed into her reproductive tract.

Prior to insemination, the sperm usually are washed and concentrated (placing unwashed sperm directly into the uterus can cause severe cramps). Concentration is accomplished by selectively choosing highly active, healthy sperm that are more capable of fertilizing an egg.

The artificial insemination may be a real help to a couple, as it allows them to have a child that they could not otherwise have.

- The man has to be able to accept that the child is not biologically his.

- When the child grows up, he may wants to know who his biological father is. Some people think that the identity of the sperm donor should be given to the child. However, this may cause more problems than it solves. Many sperm donors wish to remain anonymous.

Use  of hormones in fertility drugs

Fertility drugs are used when the woman is not producing enough eggs. She is given hormones, including FSH and LH, that cause multiple release of eggs.

- The eggs can be allowed to be released into the oviduct in the normal way.

- If the woman has a problem with blocked oviducts, the eggs are removed from her ovaries just before they are due to be released, and placed in a warm liquid in a Petri dish. Some of her partner sperms are added, and fertilization takes place in the dish. 2 or 3 of the resulting zygotes are placed into her uterus, where they develop in the usual way. This is called In vitro fertilization (IVF). 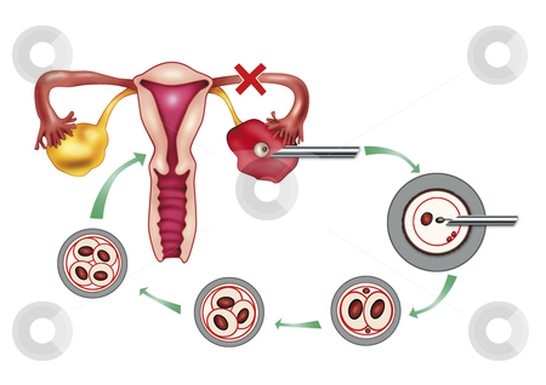 - The treatment is quite expensive, and not always successful. Some argue that the it should not be freely available to anyone who wants it. Other think that the inability to have children can be so devastating to a couple that they should receive the treatment free of charge.

- Sometimes 2 or 3 embryos develop, so the couple might have twins or triplets when they really only wanted one child.
This post on blogspot.com