#132 Control of plant growth by auxins

1. If a shoot is exposed to light from one side

2. If a root is exposed to light in the absence of gravity

1. If a shoot is placed horizontally in the absence of light:

2. If a root is placed horizontally in the absence of light: 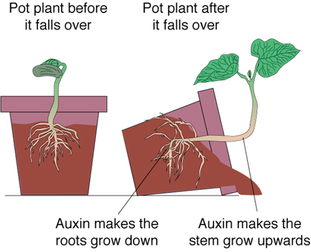 Darwin did the first experiments to study the effects of Auxin. 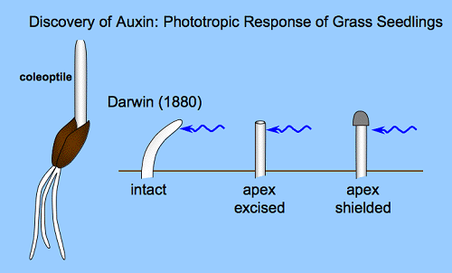 Weedkillers (herbicide) are synthetic plant hormones, similar to auxins. If these chemicals are sprayed on to plants they can cause rapid, uncontrolled growth and respiration, resulting in the death of the plant.

Some plant species are more sensitive than others to synthetic plant hormones, so weedkillers can be selective.