Drug is any substance taken into the body that modifies or affects chemical reactions in the body. Drug used in medical care, or to relieve mild pain, are very helpful to us. However, some people misuse drugs, so that they cause harm to themselves and to others around them. 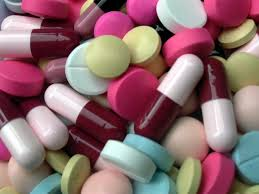 Antibiotics kill bacteria in the body

Antibiotics are substances that kill bacteria or prevent their growth, but do not harm other living cells. Most of them are made by fungi. It is thought that the fungi make antibiotics to kill bacteria living near them – bacteria and fungi are both decomposers, so they might compete for food.

The first antibiotic to be discovered was penicillin. It is made by the fungus Penicillium. Penicillin kills bacteria by:

preventing the production of peptidoglycan that form the cell wall:
---> the cell continue to grow without dividing or developing new cell wall
--->the wall gets weaker ---> ruptures (lysis). 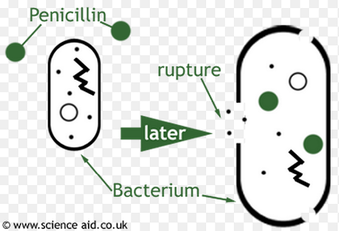 Credit: Scienceaid.co.uk
Since the discovery of penicillin in 1928, many more antibiotics have been developed and used to treat bacterial infections. Some bacteria have mutated and become resistant to antibiotics, but new drugs are constantly being developed and tested.

Antibiotics do not work against viruses. Many antibiotics kill bacteria by damaging their cell walls. Viruses do not have cell walls, so they are unharmed by antibiotics. It is difficult to develop drugs that kill viruses without damaging the body’s tissues.

The effects of the abuse of heroin 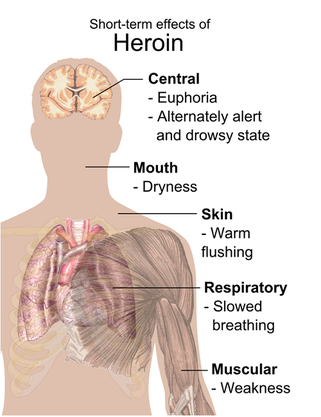 3. Effects of excessive consumption of alcohol 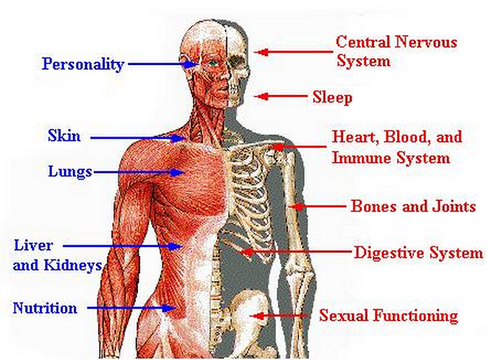