Gas exchange usually involves 2 or more gases transferred in opposite directions across a respiratory surface. 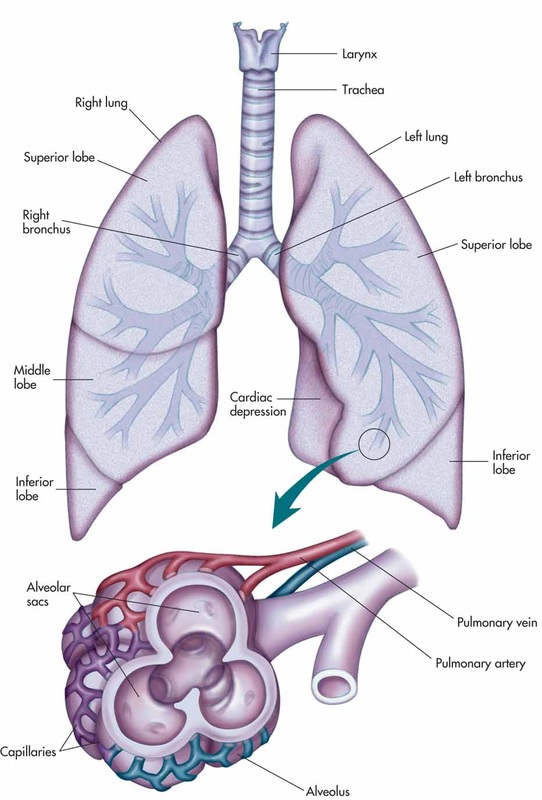 - thin – shorter distance to diffuse
- moist – allow gases to dissolve
- large surface area
- have a concentration gradient across surface – maintained by movement of air and transport/ use of gas.

These features are present in gills (fish) and alveoli (lungs). 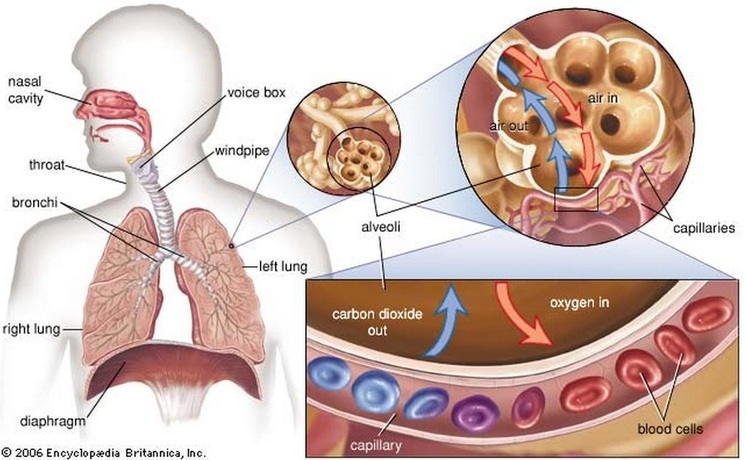 The role of mucus and cilia

- Inside the nose, thin turbinal bones are covered with a layer of cells. Some of which are goblet cells.
- Goblet cells produce a liquid (water + mucus) ---> evaporate ---> moisten nose.
- Cilia: tiny hair-like projections; constantly moving
- Bacteria + dust particles are trapped by cilia and mucus as to not move further inside the gas exchange system. 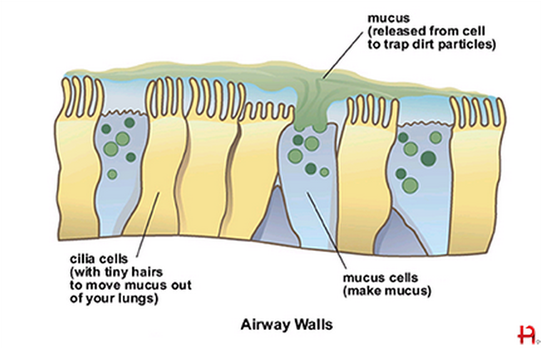 State how each feature labeled on the diagram of an alveolus makes the process of gaseous exchange efficient. [5 marks] 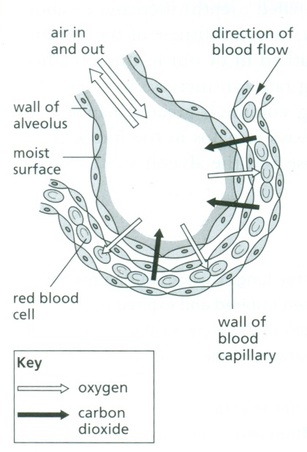 Wall of alveolus – one cell thick (or very thin) so that diffusion happens quickly.

Red blood cells – contain haemoglobin to transport O2 away from the lungs.