Gas exchange usually involves 2 or more gases transferred in opposite directions across a respiratory surface.

To be efficient, this surface must be:
- thin – shorter distance to diffuse
- moist – allow gases to dissolve
- large surface area
- have a concentration gradient across surface – maintained by movement of air and transport/ use of gas. 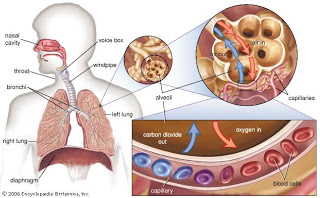 The role of mucus and cilia
- Inside the nose, thin turbinal bones are covered with a layer of cells. Some of which are goblet cells.
- Goblet cells produce a liquid (water + mucus) ---> evaporate ---> moisten nose.
- Cilia: tiny hair-like projections; constantly moving
- Bacteria + dust particles are trapped by cilia and mucus as to not move further inside the gas exchange system. 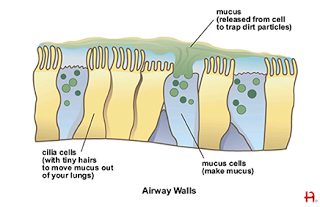 Effects of tobacco smoke on the respiratory system
Tobacco smoke is made up of 4 main toxic chemicals: carbon monoxide, nicotine, smoke particles and tar. 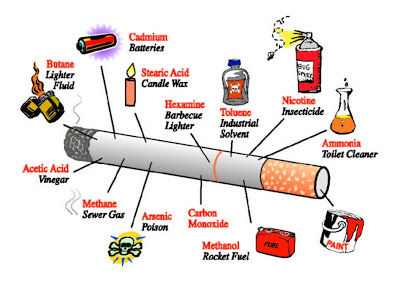 The composition of inspired and expired air

Effects of physical activity on breathing

* tidal volume: amount of air during normal, relaxed breathing
vital capacity; maximum amount of air breathed in or out in one breath

The total lung volume is greater than vital capacity (some air always remains in the lungs). If not, alveoli walls would stick together, the lung would collapse.
Video: Gas exchange