The human nervous system is made up of two parts:
Together, they coordinate and regulate body functions. 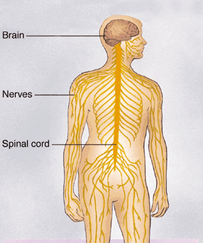 Sense organs are linked to the peripheral nervous system. They are groups of receptor cells responding to specific  stimuli: light, sound, touch,  temperature and chemicals. When exposed to a stimulus they generate an electrical impulse which passes along peripheral nerves to the CNS, triggering a response.

Motor and sensory neurones are covered with a myelin sheath, which insulates the neurone to make transmission of the impulse more efficient.
The cytoplasm (mainly axon and dendron) is elongated to transmit the impulse for long distances. 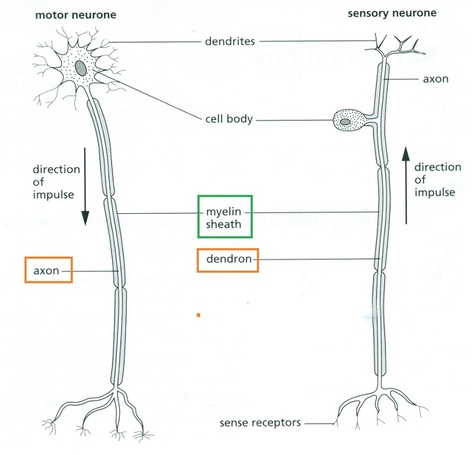 Fun fact: The human nervous system runs on electrical impulses that travel close to the speed of light.

Answer  Name: motor neurone.
Reason: It has a cell body, the cell body is at the and of the cell.