# 100 Mutation, Down syndrome, effect of radiation

Mutation is a unpredictable change in the genes or chromosome number, as a result of fault copying when DNA is replicated, faulty separation of chromosomes during cell division, or exposure to radiation or some chemicals. 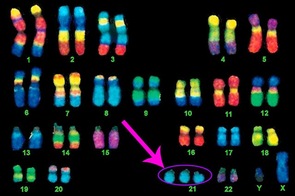 3 chromosome 21 in Down syndrome.
The presence of the extra chromosome causes unusual characteristics in the baby. These usually include lowered life expectancy, mental retardation (although some Down’s children are very intelligent), early puberty, and a distinctive round face and short neck. 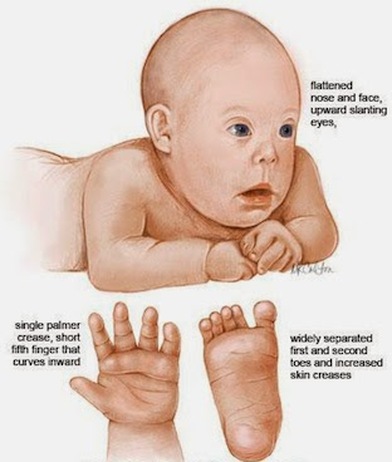 Ạ child with Down syndrome.
Effects of ionising radiation and chemicals on the rate of mutation

The development of cancer from mutated cells.
Video: DNA mutation, effect of radiation and chemicals on mutation