Some pesticides are non-biodegradable and stay in the environment for a long time. For example, DDT has been a very effective insecticide, used to kill mosquitoes to reduce the spread of malaria. However, because it does not break down, it enters water systems such as lakes, where it is absorbed into plankton. 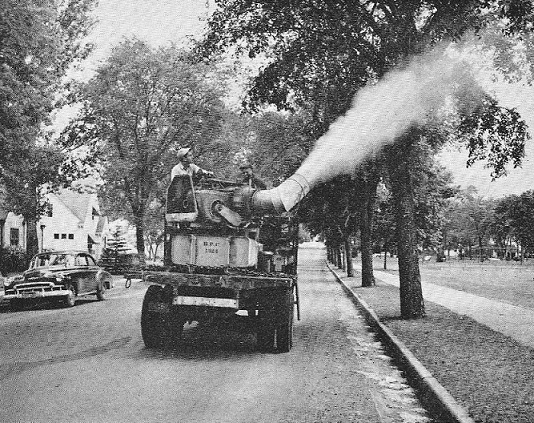 DDT spraying.
They are unable to excrete DDT. In a similar way to heavy metal, it is passed up the food chain and bioaccumulation occurs: the top carnivores suffer from it toxicity. For example, when fish eagles are exposed to DDT passed through the food chain, they produce eggs with very thin shells. When the adult birds sit on the nest, the eggs break, so they are unable to produce offspring.

Some insecticides are non-specific: when applied to kill an insect pest, they also kill all the other insects that are exposed to it. This may include useful insects, such as bees that are needed to pollinate crops. Food webs can be affected, threatening the extinction of top carnivores such as birds of prey.

Herbicides are used to kill weeds in a crop, to reduce competition to increase crop yield. However, herbicides may also kill rare plants species near the field being sprayed.

Nuclear fallout can be the result of a leak from a nuclear power station, or from a nuclear explosion. Radioactive particles are carried by the wind or water and gradually settle in the environment. If the radiation has a long half-life, it remains in the environment and is absorbed by living organisms. The radio active material bioaccumulates in food chains and can cause cancer in top carnivores.

Effects of non-biodegradable plastics in the environment

Plastics that are non-biodegradable are not broken down by decomposers when dumped in landfill sites or left as litter. This means they remain in the environment, taking up valuable space or causing visual pollution. Discarded plastic bottles cant trap small animals; nylon fishing line  and nets can trap birds and mammals such as seals and dolphins. When plastic is burned it can release toxic gases. 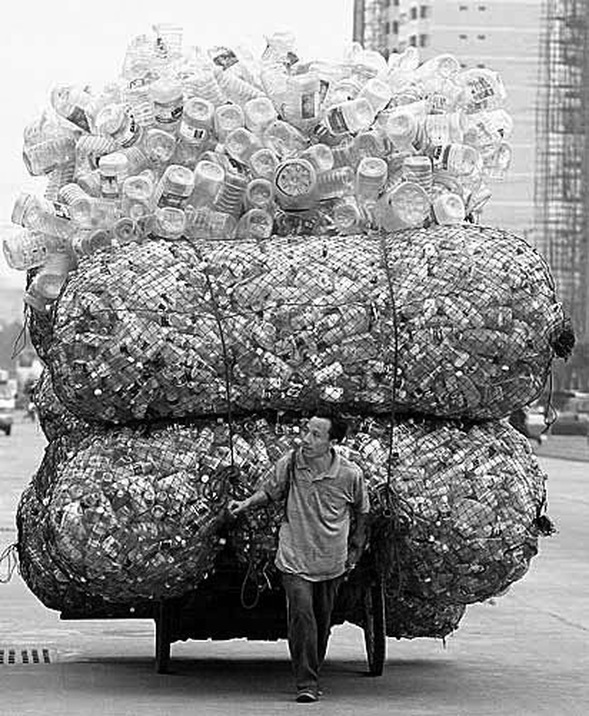 Plastic bottles can not be broken down by decomposers.