A population is a group of organisms of one species, living in the same area at the same time. Factors affecting the rate of population growth include food supply, predation and disease.

1. The rate of growth of a population depends on:

2. Population growth in an environment with limited resources

When a limiting factor influences population growth, a sigmoid (S-shaped) curve is created. You need to be able to place the terms lag, log, stationary and death phase on a graph of population growth. 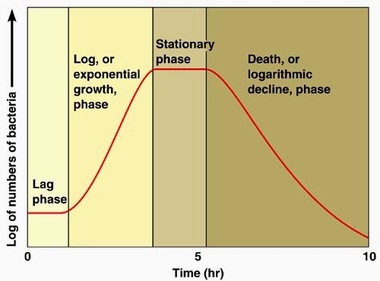 Lag phase – the new population takes time to settle and mature before breeding begins. When this happens, a doubling of small numbers does not have a big impact on the total populations size, so the line of the graph rises only slowly with time.

Log (exponential) phase – there are no limiting factors. Rapid breeding in an increasing population causes a significant in numbers. A steady doubling in numbers per unit of time produces a straight line.

Stationary phase – limiting factors, such as shortage of food, cause the rate of reproduction to slow down and there are more deaths in the population. When the birth rate and death rate are equal, the line of the graph becomes horizontal.

Death phase - as food runs out, more organisms die than are born, so the number in the population drops.

3. Population growth in the absence of limiting factors

If there is no limiting factors , there will be no stationary or death phase – the log phase will continue upwards, instead of the line leveling off. This has happened with human population growth. Human population size has increased exponentially because of improvements on food supply and the development of medicine to control diseases. Infant mortality has decreased, while lifer expectancy has increased. 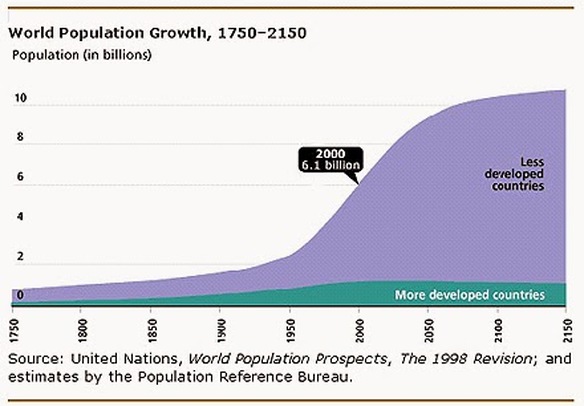