Artificial selection is a method used by humans to produce varieties of animals and plants which have an increased economic importance. People use selective breeding to produce new varieties of a species, so that certain desirable traits are represented in successive generations.

A variety is a type of a particular species that is different in some clear way from other varieties of that species. The different breeds of domestic dogs and large ears of maize corn are products of artificial selection. 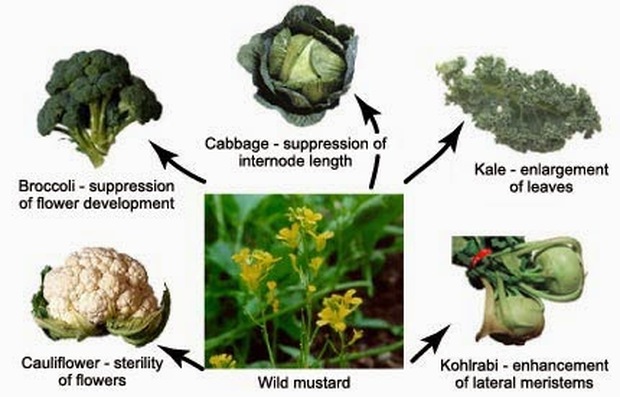 These common vegetables were cultivated from forms of wild mustard. This is evolution through artificial selection.
Selective breeding of cows

Suppose you wanted a variety of cow that produced a lot of milk. This is what you could do:

Natural selection is the process by which plants and animals that can adapt to changes in their environment are able to survive and reproduce while those that cannot adapt do not survive. It gives the greater chance of passing on of genes by the best adapted organisms.

Farmers have carried out artificial selection to improve the breeds of some animals. Some of the original breeds have become very rare and are in danger of becoming extinct.

a) A method used by humans to produce varieties of animals and plants which have an increased economic importance.
b) i) Any endangered species, such as panda, tiger, elephant, named whales species, named tuna species.
ii) Two point from:
- to maintain the gene pool
- to provide chemicals that may be useful in development of medicines
- the species may be an important part of a food chain
- rare species may provide tourism to supply poor communities with money.

Video: What is Natural Selection?
SlideShow 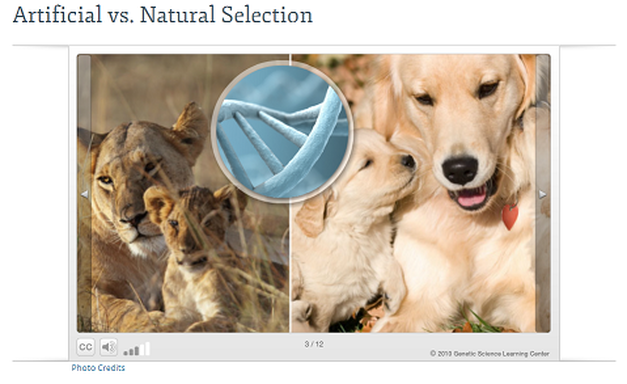