Reproduction is the biological process by which new "offspring" individual organisms are produced from their "parents". It is a fundamental feature of all known life.

It involves cell division by mitosis, producing a group of genetically identical individuals called a clone. Bacteria, fungi and potatoes can reproduce asexually. 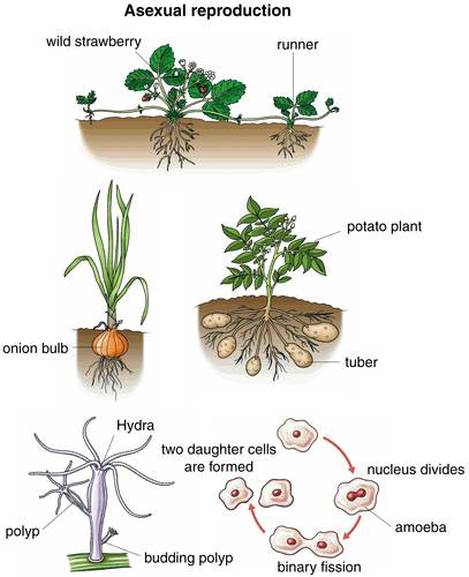