# 65 Translocation of organic foods
in plants

Translocation is the movement of organic food such sucrose and amino  acids  in phloem; from regions of production to regions of storage OR regions of utilisation in respiration or growth. 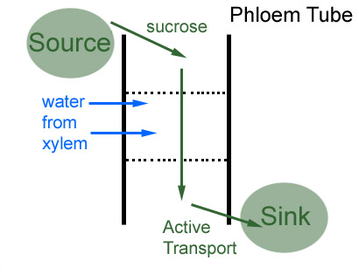 Carbohydrates are transported through a plant in the form of sucrose, glucose, and proteins as amino acids. Substances can be transported in any direction in phloem:

1. Glucose the product of photosynthesis is very important as it makes many other important nutrients, e.g. sucrose.

2. Amino acids are also transported in the phloem.

Sucrose and amino acids are transported to every tissue of the plant, each cell use it in a different way. 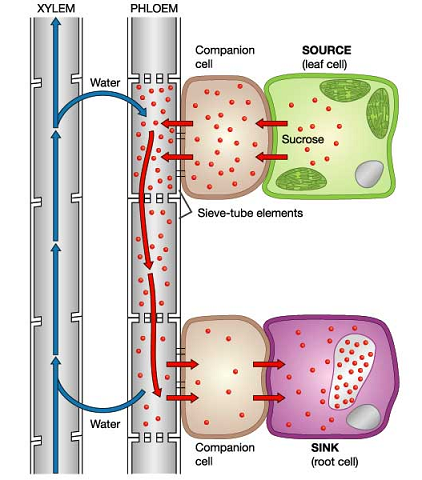 The areas of the plant where sucrose is made, are called sources, and where they are delivered to and made use of are called sinks.

The phloem vessels are situated nearer to the bark in comparison with xylem à they can be selectively removed by cutting a ring in a stem just deep enough to cut the phloem but not the xylem. 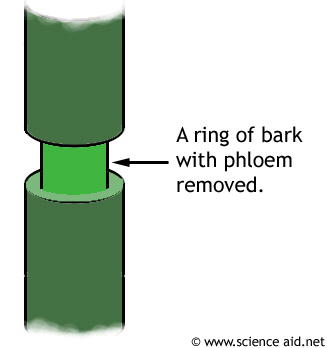 After a week there is:
This was early evidence that sugars were transported downwards in the phloem. 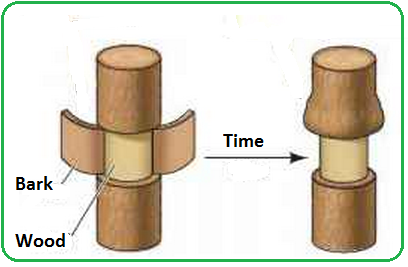 Grey squirrels and other small mammals gnaw the bark and destroy the phloem that is in the inner bark region.