Variation is all the differences which exist between members of the same species. It is caused by a combination of genetic and environmental factors. There are two kinds of variation: continuous and discontinuous. 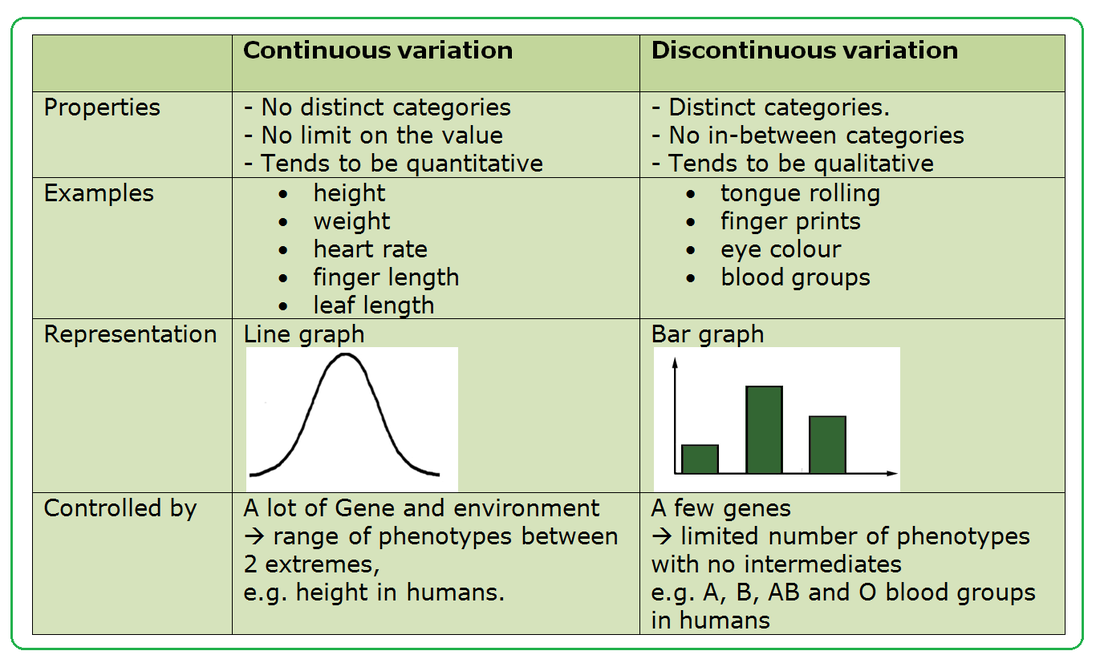 Seventy seeds were collected from a cross between two plants of the same species. The seeds were sown at the same time and, after 3 weeks, the heights of the plants which grew were measured and found to fall in to two groups, A and B, as shown in figure below.

Video: What is meant by genetic difference?
This post on blogspot.com